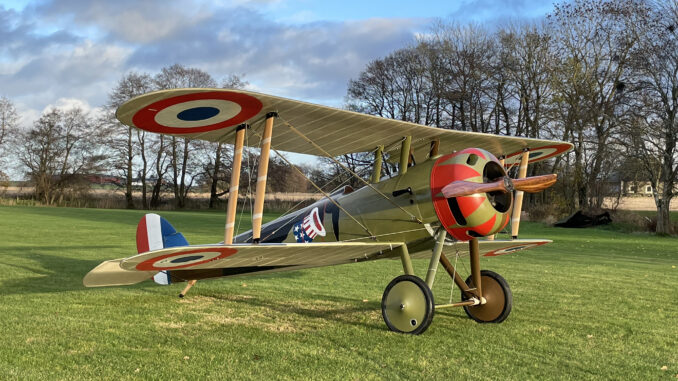 Under a moody sky on April 2nd, 2022, legendary early aeroplane specialist, Mikael Carlson, flew the American Heritage Museum’s Nieuport 28 C-1 biplane fighter on its first post-restoration flight, taking off from a grass strip near his workshop in Sebbarp, a small village in rural southern Sweden. The airframe, serial number 512, dates from 1918 and is one of just five complete examples known extant. It is also the oldest original airworthy combat aircraft to have served with America’s armed forces, albeit during the post-WWI period. 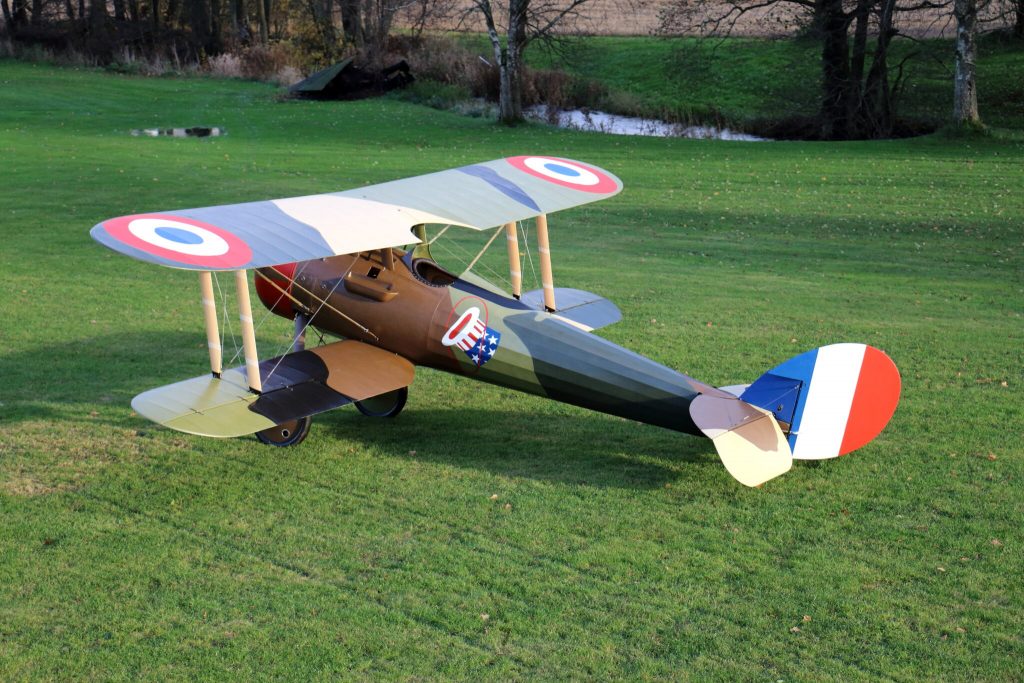 The Nieuport following the application of its livery (but prior to the stencil detailing) earlier this year. (image via Collings Foundation)

The Nieuport 28 was the first combat aircraft which the American Expeditionary Force operated during WWI, with the 27th, 94th, 95th, and 147th Aero Squadrons fielding the type. Noted pilots such as America’s ‘ace of aces’ Eddie Rickenbacker and President Theodore Roosevelt’s youngest son, Quentin, flew and fought in these nimble biplane fighters. 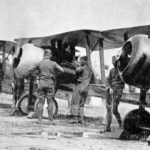 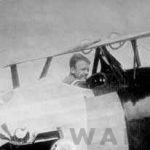 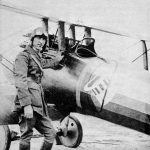 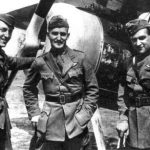 According to the American Heritage Museum, their Nieuport emerged from a factory near Paris, France during late 1918. Following WWI, the American government imported a batch of roughly fifty Nieuport 28s, including s/n 512, to fill out the ranks of the newly-established U.S. Army Air Service. After retirement from Army use, 512 gained a new lease of life in civilian hands, featuring in a number of significant aviation films, such as Hells Angels (1930) and The Dawn Patrol (1930 & 1938). Part of the collection gathered by famed aerial performers Paul Mantz and Frank Tallman, the Nieuport continued flying into the 1960s, and was amongst the numerous unique airframes put up for disposal at the ‘Tallmantz Auction’ of May, 1968 (there is a wonderful period account of this auction in Time Magazine HERE). Legendary racing car builder/driver, Jim Hall, bought the Nieuport for $14,500, a seemingly paltry sum by today’s standards, but this was more than twice the price which a Curtiss Kittyhawk (RCAF 1082) went for at the same auction, so that should provide a relevant yardstick regarding its actual value. The aircraft has not flown since the early 1970s and largely disappeared from public view until its 2019 donation to the Collings Foundation, parent  organization to the American Heritage Museum. The museum described* the Nieuport and its restoration as follows…

The mission of the American Heritage Museum has always been to bring history to life and the Nieuport project was no exception. This is a very rare opportunity to bring America’s first fighter back into the skies and honor the designers, pilots, and mechanics of the First World War. When complete, it will be the sole airworthy original Nieuport 28 in existence, and one of only four on display in the world.

Currently, The Nieuport 28 is in the incredibly skilled hands of Mikael Carlson in Sebbarp, Sweden. It was shipped from Texas in the summer of 2019. Mikael is arguably one of the world’s leading restorers of pre-1920 aircraft, and is a master historian when it comes to the unique designs and constructions of WWI planes. Mikael has previously restored two original Bleriot XI’s, and exact flying reproductions of a Swedish Tummelisa from 1919, Fokker DR.I, Fokker D.VII, and a Pfalz D.VIII — all with original power-plants.

Once the Nieuport 28 was delivered to Mikael, he quickly began the process of evaluating the aircraft’s original structure and condition for restoration to airworthiness. The first order of business was careful disassembly of all components. Being a wooden structure, and more than a century old, it was understood that some parts would be useful only as patterns for exact new-build components. But, to Mikael’s surprise much of the original structure was in excellent condition.

The primary fuselage structure was in fantastic shape, with original factory markings and stampings of the late-war manufacturer, Lioré et Olivier, throughout. Although the stringers and upper bulkheads were not original, and needed replacing, this primary structure was retained. All metal components were also found to be in excellent condition and were used in the restoration. Additionally, the upper wings had been clipped during its use as a movie aircraft by Tallmantz, so Mikael rebuilt a portion of the upper wing to bring it back to original size using the same construction methods that would have been found in 1917.

Surprisingly, the original nine-cylinder Gnome Monosoupape 9N rotary engine was in outstanding condition, despite its age. Mikael was able to break down the engine and, drawing on his intimate knowledge of the type, fully overhaul it. The original cowling for the engine was no longer with the aircraft, having been replaced with an inaccurate piece in the 1950’s. Therefore an accurate reproduction cowling, a single piece of spun aluminum, was manufactured for the project by a British company using period-correct fabrication methods.

Although the original propeller was intact and in great condition, we decided to craft an exact reproduction of the laminated wood propeller with new glue to use for flight trials. The original propeller will be reserved, and installed when the aircraft is placed on static display [at the museum]. The remaining fairings were added and the cockpit fitted out with original equipment, including a very rare gun synchronizer connected to the propeller. The original machine guns are under restoration in the United States and will be added to the aircraft when it is reassembled here [in Stow, Massachussetts] this Spring.

The Nieuport 28 will return to the United States later this year and go on display at the American Heritage Museum in Stow, where it will be available for public viewing and limited public flight exhibitions.

A magnificent video (see below) depicts the newly-restored Nieuport 28 on its maiden post-restoration flight in Sweden. The aircraft is marked to represent an example from the famed 94th Aero Squadron.