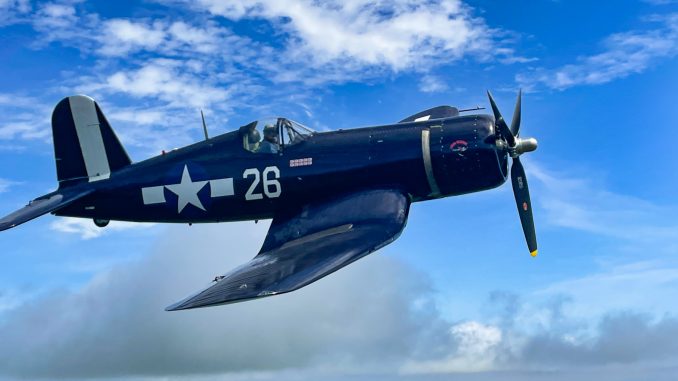 As some readers may already have heard, Mike Spaulding’s combat veteran F4U-1D Corsair (BuNo.82640) made its first post-restoration flight on February 28th, taking to the air from Mareeba Airport near Cairns in northern Queensland, Australia. Stephen Death was at the controls for this momentous occasion. The well-known warbird pilot had flown in earlier from his home in Albury, New South Wales, some 1,500 miles due south of Mareeba. Interestingly, this seemingly minor detail regarding Death’s residence had delayed the Corsair’s first flight by several months since COVID-19 restrictions severely limited interstate travel in Australia until fairly recently. 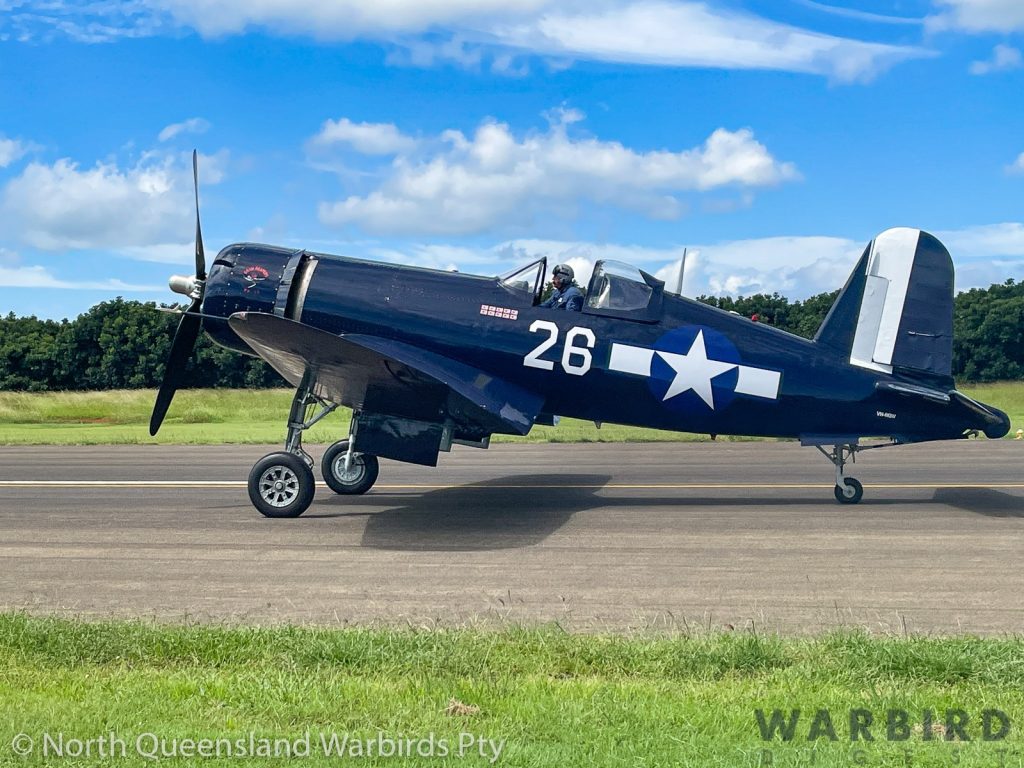 We reached out to Mike Spaulding to glean further details about the Corsair’s first flight. Australia is currently nearing the end of its summer season, so it was quite warm during the late afternoon flight, with temperatures hovering in the mid-80s (°F) accompanied by a moderate, southeasterly breeze. The initial flight lasted about an hour, with Spaulding noting that it involved the following: “Check[ing] all the aircraft systems such as gear, flaps, hydraulics, brakes, engine, propeller, flight and stall characteristics. [The pilot] did stalls, loops and rolls whilst carrying out these tests.” Upon landing, Stephen Death remarked that he “could not fault the aircraft” which only added to the jubilation which everyone sensed after completing this complex restoration. “Myself and our Chief Engineer [Paul Knox] have put ten years of our lives into restoring this iconic aircraft, and to see it fly successfully for the first time since WWII was emotional, satisfying and we both have a sense of pride in our achievement.” 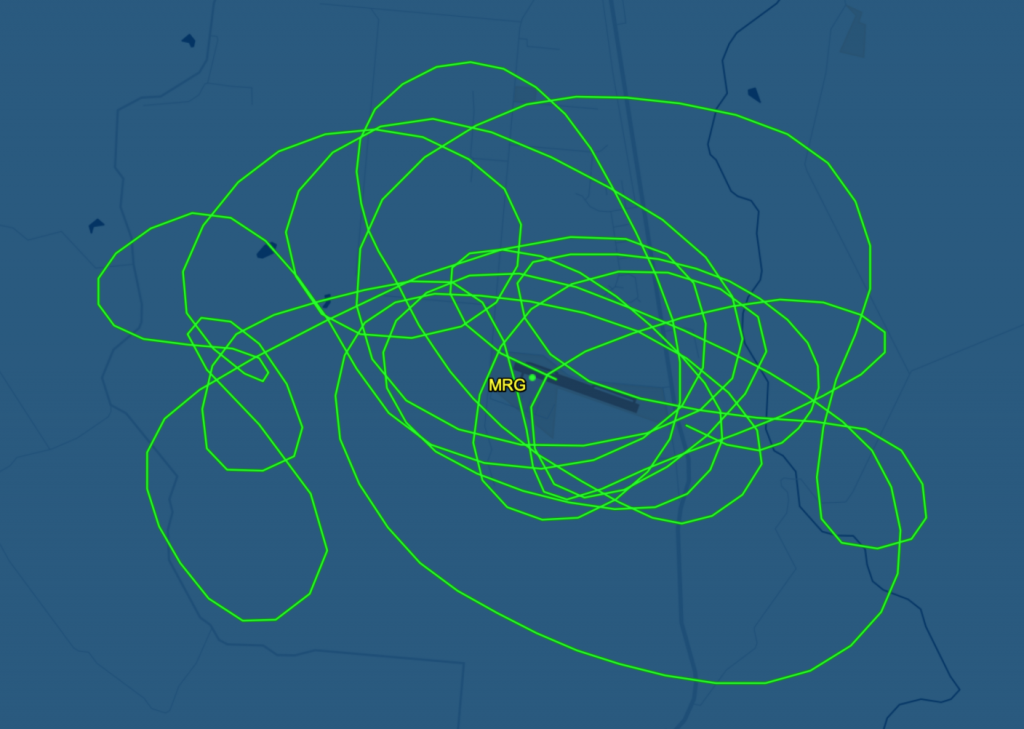 “We did a second flight the following day of approximately the same duration, where Stephen flew in formation with me, in our T-6, so our cameraman in the back could take our aerial pictures,” Spaulding added. “The aircraft is now fully certified to fly and there is nothing left to do on the aircraft.” 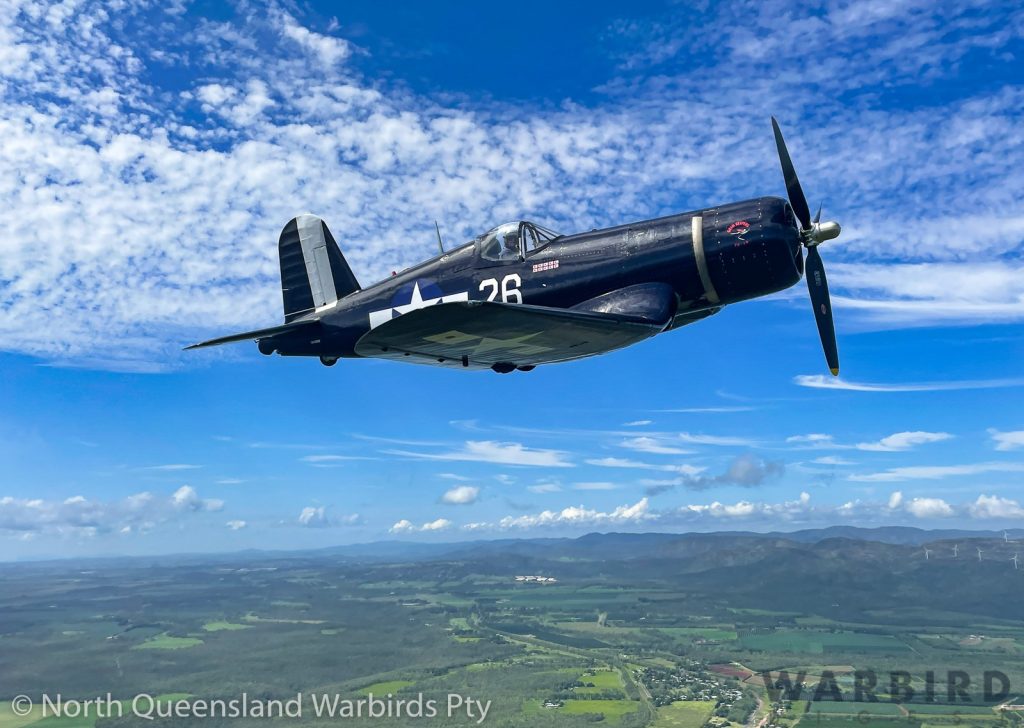 A fine study of Stephen Death flying Mike Spaulding’s freshly-restored F4U-1D Corsair in the vicinity of Mareeba Airport in Queensland, Australia. The aircraft is flying over Howe Farm and just about to cross the Kennedy Highway in this shot. (photo via Mike Spaulding) 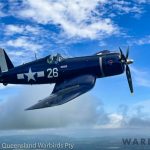 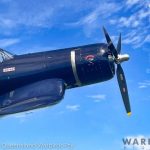 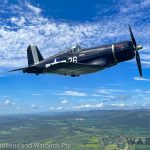 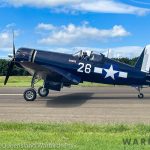 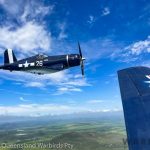 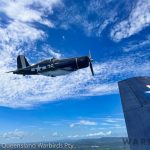 When asked about whether the Corsair is scheduled to take part in any air shows in the coming year, Spaulding remarked: “We have made no commitments for the aircraft [at present, because for] anyone else to fly the aircraft [they] will need to be endorsed before that happens and, at this stage, no arrangements have been made towards that end.”

This Corsair is now the world’s only Vought-built -1D variant flying anywhere in the world, with only one other complete survivor in preservation (the Smithsonian’s BuNo.50375). The aircraft is also one of only a handful of WWII combat veteran Corsairs extant, having served with VF-10 Grim Reapers aboard the carrier USS Intrepid between January and April, 1945. Mike Spaulding and his team at North Queensland Warbirds Pty deserve hearty congratulations for getting this aircraft flying again. Their achievement in successfully completing this restoration cannot be overstated given the immense demands of their endeavor. Amongst other difficulties, the project required the complete rebuild of the Corsair’s main spar, by far the most complex of any WWII fighter aircraft… indeed the demands of such an enterprise rendered it economically unviable until this past decade. So bravo to Mike Spaulding for taking on the daunting and demanding investment of time, skill and treasure which this restoration represents!

Just as we went to press, we learned that Mike Spaulding had listed the Corsair for sale with our sponsor, Platinum Fighter Sales. Wherever this historic fighter finds her new home, we hope that she has many years of safe and successful operations in her future!

Many thanks indeed to Mike Spaulding for taking the time to talk with us, and for providing the wonderful images of his Corsair in flight.