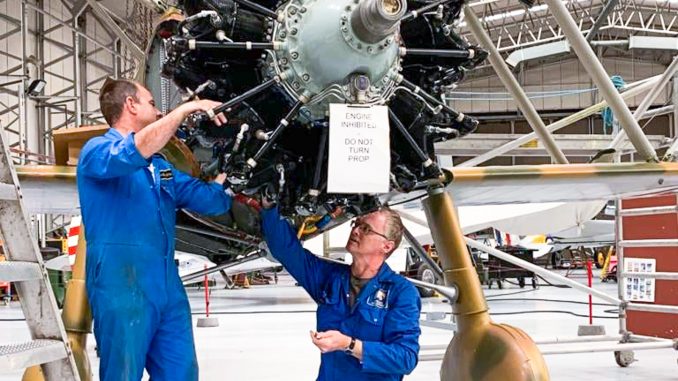 TFC technicians beginning the process of removing the Fiat CR.42's A.74 engine within one of the hangars at Duxford Aerodrome. (image via TFC)

The Fighter Collection (TFC) has been making visible progress on the restoration of their ultra-rare Fiat CR.42 Falco in recent days at Duxford Aerodrome near Cambridge, England. The organization’s technicians temporarily dismounted the fighter’s Fiat A.74R1C.34 engine in late October to begin the tough work of fitting out the fuel systems and plumbing.

TFC’s boss, Stephen Grey, explained why the A.74 had to come off in a recent email to Moreno Aguiari, noting: “The engine is out to allow more space for the engineers to work on the fuel tanks and systems. It is an extraordinarily tight design. The tanks were not available and we wished to ensure that the originals were correctly rebuilt, which required techniques that are difficult to find and would hold up the restoration if we waited for those items. It is still a work in progress and will require skills and patience, beyond its outward appearance.”

Indeed, there is so much equipment crammed into so little space in the Falco’s engine accessory bay that TFC engineers likened the working environment to the constrictive confines within a Formula 1 racing car. The only way to shape the intricately aligned fuel system plumbing without risking damage to the surrounding components was to remove the engine to provide the proper access. 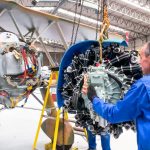 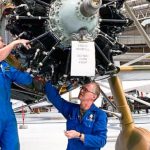 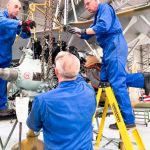 While there is still a lot of work remaining, it is great to see the team working so actively on this remarkable aircraft – it will be marvelous to see it in the air again, especially alongside some of its contemporary opponents at Duxford, like TFC’s Gloster Gladiator and Hawker Nimrod! Many thanks to Stephen Grey for speaking to us regarding this news.